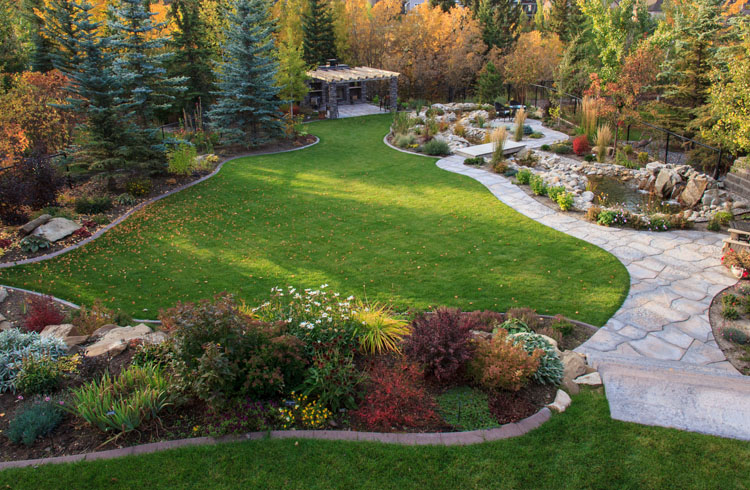 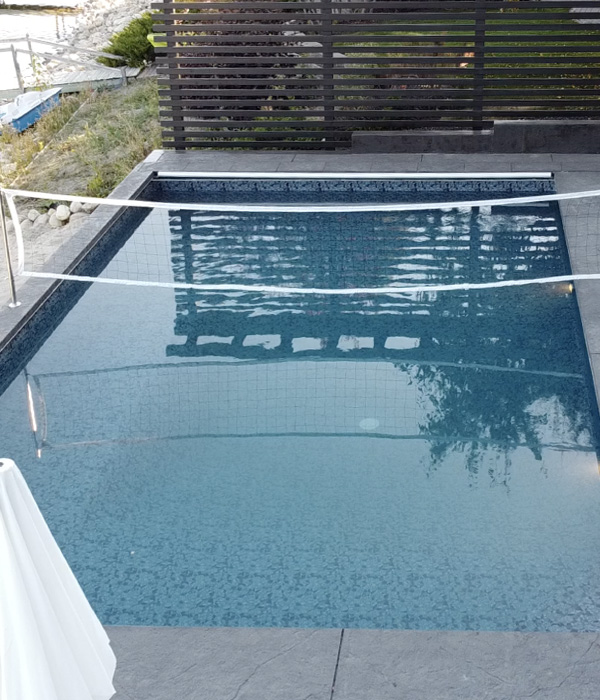 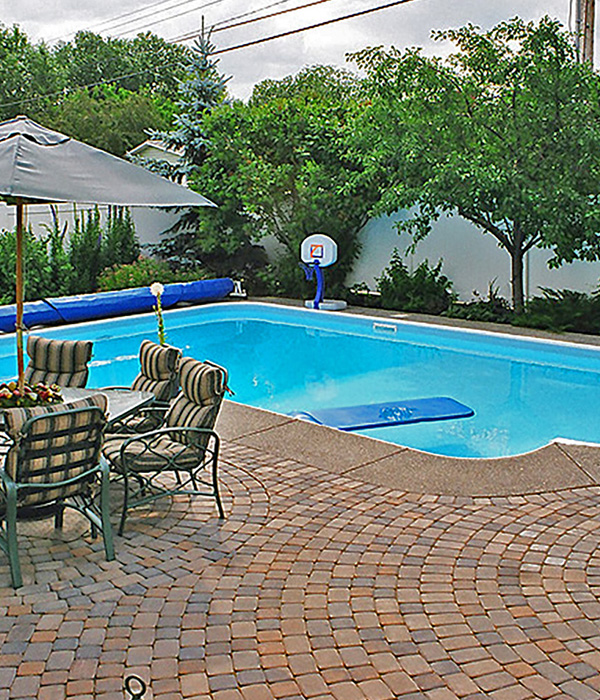 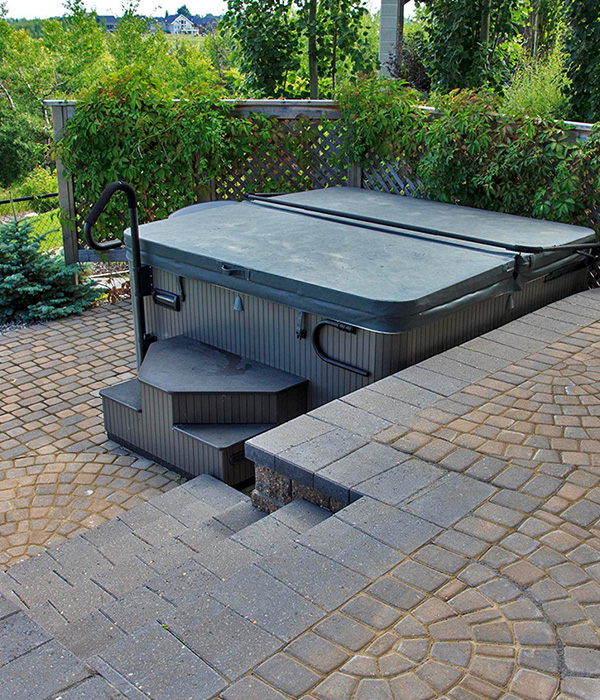 Backyard spas with easy access can be enjoyed all seasons 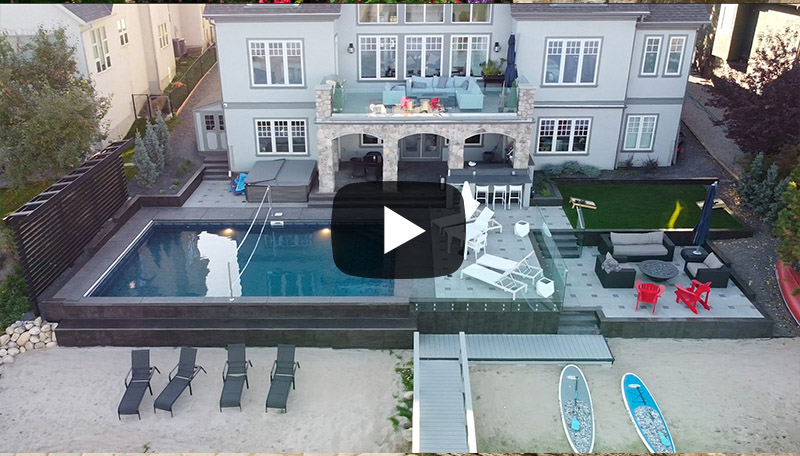 Why not have more fun in the sun, more time in the sun or more seasonal experience with heat and humidity. It took a while for Canada to catch up with pool technology. There's always been pools here. There's always been people putting them in. The difference is the technology has come a long way with insulation, with both the actual insulation to the pool structure itself, but also to the liner. Heating the pool used to be the biggest issue. It now costs much much less to heat the pool. The pool liners are well insulated. You can walk on the pool liners which can make them a patio extension of your house. They used advertised the patio liners with an elephant standing on them now they show families using them as an extended space. What's nice now is the technology has caught up with the environment. Now we can put these pools in, and you're not paying an arm and leg just to keep it warm. You're able to enjoy it without breaking the bank with a month to month bill on top of that initial cost of building a pool. So that's what's come full circle; It's not just the age old adage of it's not the money to build it, but it's the money to upkeep it. Well, the upkeep now has come a long way, so it's worth doing. So this is why pools now are are gaining more popularity. They've also come down in price a little bit because the technology has caught up. The availability of the components to build a pool correctly has also caught up to it. So what we're seeing now is people are valuing their family life more, their home life more and spent more time with friends coming over to a pool environment. We're seeing two kinds of pools of people are putting in: .

A family based play pool

Also called a sport or play pool, where you have to shallow end on either end and you make the deep end in the middle. That way you can put like a volleyball net up or a basketball net on one end, and you can play there and have the deep section in the middle. You have people wading in four foot high water on either end, so it's kind of fun to do water sports together.

A lap pool is a little bit smaller. Honestly, they're not even that much less in price because what you're trading in size, you're getting in the jets that allow you to do laps in the pool. So these lap pools are for people that want to work out at home in the summer.
Either pool will allow you a new level of enjoyment in your own yard.

In addition to mulch being suitable for planting beds we also use it extensively in 'dead' zones like between houses where a clean finish is desired and turf grass doesn't grow well anyway. Save your turf inputs for the functional turf areas that function as play spaces for kids and pets or as a traditional front lawn that offsets your home as a design element.